As the Law Friends library on Protest Law develops a broader reach, we invited the premium London protest law team at HJA to open our annual crime conference. This is undoubtedly one of the most important sessions on the program and provides a much-needed summary update in Protest Law.

With a historical rundown of the Stansted 15, new case of Ziegler, Extinction Rebellion and the “chilling effect “of the Police Crime Sentencing and Courts Bill this update sits upon the current throne of our Protest Law collection.

This seminar will discuss

Why is free speech important?

Article 10 – The right to free expression

Article 11 – Freedom of Assembly and Association

The new decision in Ziegler

“She is extraordinarily on the ball and she leaves no stone unturned.” “I think Laura has a lot to offer, she is a rising star.”

Laura is a Senior Associate and prominent member of HJA’s Protest Team and Youth Team.

Laura has been representing Extinction Rebellion protestors since April 2019 as advocate and litigator in the Magistrates Court and Crown Court.

In 2021, Laura was a trial advocate in the high profile ‘Press Action’ which was a Magistrates Court trial that lasted 11 days. This was arising out of a protest involving 51 individuals outside the printing arm of News UK Ltd headed by Rupert Murdoch. The case involved numerous applications for disclosure which revealed the involvement of Home Secretary Priti Patel which we argued comprised the operational independence of the police and amounted in a disproportionate and unlawful interference with the protestors Convention rights.

Laura acts for individuals facing the most serious allegations from sexual offences, drug supply and murder.

Hodge Jones & Allen Solicitors expertly covers a broad range of work, with specialist teams focused on areas such as youth, extradition, protest, sexual offences, terrorism, financial crime, vulnerable clients and high-net-worth individuals. Clients range from politicians to protesters, and the firm is regularly on the front lines in the cases making headlines. The ‘phenomenal‘ Raj Chada now heads the department while continuing to handles cases in the highest courts; he works with protest specialist Mike Schwarz – the duo are described as ‘entirely at ease in high-profile cases, and masterful in managing clients and the media‘. Kerry Spence and Gary Monks were recently promoted to joint deputy heads of the team. 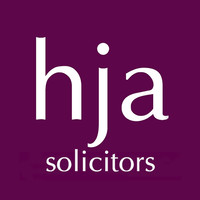 Please give us your feedback

We really value your feedback!

Thanks for watching this seminar. We are delighted to have you onboard and greatly appreciate your input.

Would you be kind enough to complete the following questions to help us provide the best service for you that we can in future?

Thanks, here we go. Scoring one to ten (ten being excellent)