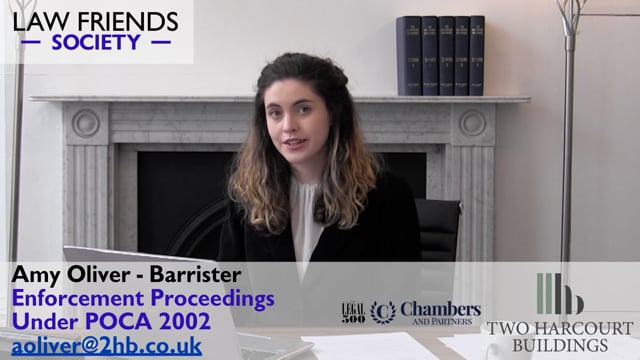 This fraud and financial crime sector seminar highlights the law and mechanisms available in defending enforcement in proceeds of crime cases. Amy Oliver, a highly effective advocate, gives a 30-minute overview for the armoury – please feel free to contact her in chambers via Keith Poynter, her senior clerk

2 Harcourt Buildings is an outstanding set of criminal barristers, with counsel of the highest quality at every level. Members of chambers prosecute and defend in the full range of criminal cases and are noted for their dedication, commanding courtroom performances, and sound advice.

Since the foundation of chambers by the returning British prosecutors from the Nuremberg War Trials, chambers has enjoyed a formidable reputation in London and the South East in all areas of criminal work. We have consolidated our approach as a small, high-quality set following a major refurbishment, rebranding, and the election of new heads of chambers.

Recent cases include the prosecution of Fiona Onasanya the MP for Peterborough, Pollard & Patterson two police officers jailed for sabotaging child abuse investigations, the prosecution for misconduct of several members of staff at Medway Secure Training Centre arising from a Panorama undercover investigation, the prosecution of Andrew Soper the former Abbott of Ealing Abbey tried for rape and other sexual offences committed in the 1970s against pupils at St Benedict’s School and the prosecution of Asemota a NCA operation into trafficking of young girls into the sex trade.