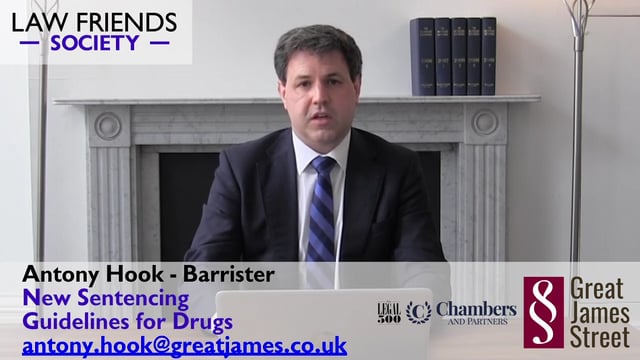 The new drug sentencing guidelines came into force on 1 April 2021 amending the previous 2012 legislation which resulted in ethnically biased sentencing. By way of redress and following the Psychoactive Substances Act 2016 the new guidelines overhaul the clearly dated provisions previously in place

Antony Hookis a British barrister and politician, who served as a Liberal Democrats Member of the European Parliament (MEP) for the South East England from 2019 to 2020 and is Leader of the Liberal Democrats in Kent since 2021. “I have 17 years experience as barrister, acting both for members of the public instructing me directly and for solicitors or public authorities asking me to represent their clients. In May 2019 I had the honour of being elected as a Member of the European Parliament for South East England and I have not taken on legal clients while serving as an MEP”